Founded on Merrow Downs in 1886, Guildford Golf Club enjoys a wealth of history and tradition, as well as an excellent golf course, being situated on typical Surrey downland bordered by attractive woodlands. The rolling slopes provide an excellent example of the open commons on which the majority of inland course were laid out when golf first became popular in England. The land was once part of the Onslow Estate, so vividly described by Rudyard Kipling in his "Just So" stories, and until 1870 was the site of the local racecourse.

The Club was founded by Colonel W. Bannatyne, Major W. Pontifex and Mr E.L. Hooper, who were resident in the neighbourhood, and the Lord of the Manor, the 4th Earl of Onslow gave his support to the project. Major Pontifex also provides a unique link with the Pau Golf Club, at the foot of the Pyrenees in France, as he and two other members of Guildford Golf Club, Colonel Hutchinson and Archdeacon Spate were founder members of the Pau Golf Club in 1856.

The original six holes quickly expanded to eighteen and by 1901 a new Clubhouse had been built on the present site. During this period the course was gradually moved eastwards to occupy its present location.

There was also a ladies’ course until about 1900 when the men relented and allowed the Ladies’ Club to share their course.  In 1919 a second men's club, Guildford Town Club was formed to meet the golfing aspirations of local residents and tradespeople.  Up until both Men's Clubs amalgamated in 1974 there existed two Clubhouses, with the use of the Course and maintenance costs being shared.  Guildford Ladies’ Golf Club remained independent until its amalgamation with the Men's Club in January 2005. It retains its identity as Guildford Ladies’ Golf Club.

The Golf Course remained largely unchanged until 1925 when the committee invited Mr J.H. Taylor and his partner Mr Hawtree to recommend improvements. By 1927 they had introduced a number of new short holes, eliminated several blind shots and created some additional bunkers. Seventy years later the Course was again updated, this time under the guidance of Golf Course Designer, Mr Howard Swan.

Recent improvements include clearing of newly grown trees and scrub to recreate the original design and reopen the views from some holes - work done in conjunction with local conservationists - and a major bunker renovation programme.

John Henry Taylor was an English professional golfer and a significant golf course architect. In 1925 the committee at Guildford Golf Club invited Mr Taylor and his partner Mr Hawtree to recommend improvements. By 1927 they had introduced a number of new short holes, eliminated several blind shots and created some additional bunkers.

Taylor is considered to be one of the best golfers of all time. He was born in Devon and was a member of the fabled ‘Great Triumvirate’ of the sport in his day and he won The Open Championship five times. Taylor was a factor in the Open from age 22 in 1893, until age 55, when he tied for 11th place. His five Open victories all took place before the First World War.

Taylor captained the 1933 Great Britain Ryder Cup team to a win over the United States and remains the only captain on either side never to have played in any of the matches. 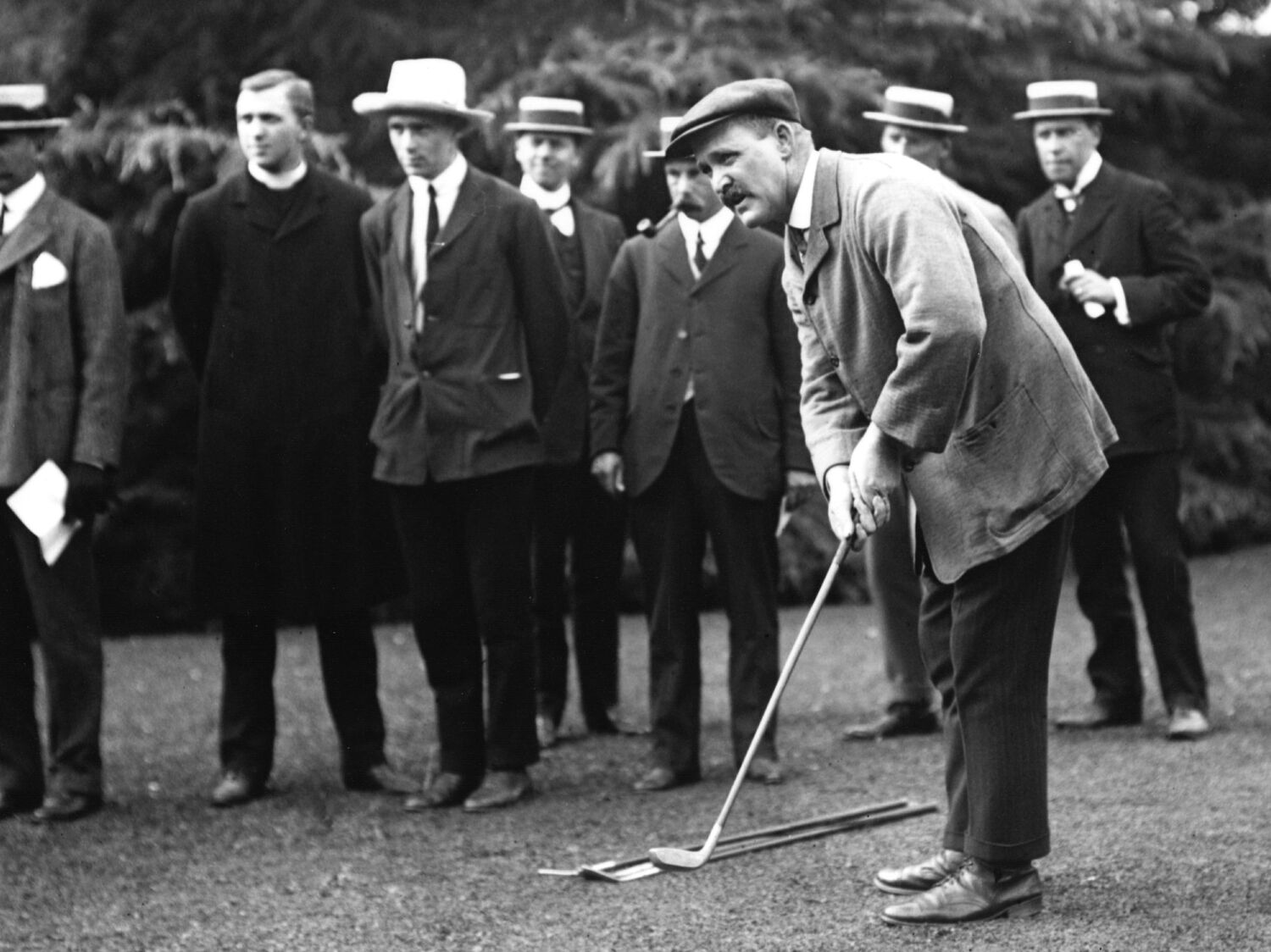